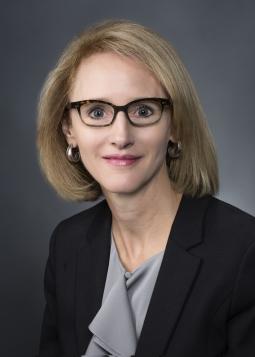 Bridget Lauderdale is vice president and general manager, F-16/F-22 Integrated Fighter Group (IFG) for Lockheed Martin Aeronautics. In this capacity, she is responsible for all aspects of the development, production and sustainment of the F-16 multi-role fighter and F-22 air dominance fighter. Her program portfolio also includes multiple international partner programs including Japan’s F-2 fighter, and South Korea’s T-50, F/A-50 and KF-X programs.

Previously, Ms. Lauderdale served as vice president, F-35 Global Sustainment at Lockheed Martin Aeronautics. In this role, she was responsible for all aspects of delivering integrated global sustainment solutions to ensure F-35 air system readiness and effectiveness at the squadron, service and global fleet levels.

Prior to that, she served as senior vice president of Corporate Strategy and Business Development, where she was responsible for enterprise business growth strategies, customer engagement and new business capture across the Corporation.

Ms. Lauderdale has held several additional roles of increasing responsibility at Lockheed Martin including the vice president and general manager of Aeronautics Operations at Lockheed Martin. In this role, Ms. Lauderdale was responsible for engineering, production operations, supply chain management, information systems and technology, quality and mission success and sustainment. She also held the position of vice president of F-22 Product Development where she led an industry team in the design, development and test of future capabilities, as well as production and field improvements to the weapon system.

A proven leader with more than 30 years of business, program management, engineering and customer engagement experience, Ms. Lauderdale has delivered exceptional results on many of Lockheed Martin’s highest-profile programs.
Ms. Lauderdale received her Bachelor of Science Degree in Electrical Engineering from Texas A&M and currently serves as an advisory board member for the Texas Alliance for Minorities in Engineering. 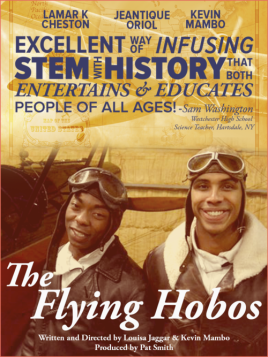 An interactive Living History Play that demonstrates the life and accomplishments of first African Americans to fly across the United States. Think Colonial Williamsburg, except these heroes are African Americans who were part of the golden age of flight.

Imagine you are a ten-year old African American child, searching for a role model. Do you turn to the glitz and glam of pop culture or the history books in your classroom, which largely overlook minority heroes?

Later that same day, Banning, and Allen perform The Flying Hobos at the local school or library or theater, granting students of all ages the opportunity to meet Banning and Allen and learn about how their accomplishments. Not only was James Herman Banning the first African American to fly across the Continental United States, he was also the first to receive a U.S. Dept. of Commerce pilot's license.  He even built his first plane so he could earn the necessary solo hours to gain his pilot’s license. 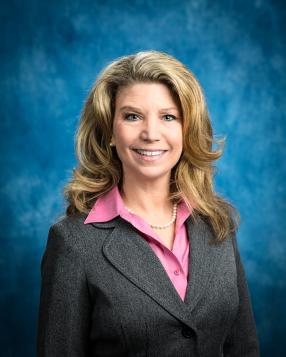 Michele Summers Halleran has a rich and varied background in aviation, both as a pilot and as an educator. Upon graduating from Middle Tennessee State University, she began a 10-year career as a professional pilot accumulating over 5,000 flight hours. She has flown corporate and international airline operations in Lear Jets, DC-10s, and Twin Otters on Floats. Michele holds an Airline Transport Pilot Certificate - multiengine land and sea, a Lear Jet type rating, Flight Engineer Certificate, Flight Instructor, and Ground Instructor Certificates.

After her second airline furlough in 2003, Michele embarked on an academic career as both an educator and researcher. She attained a Master of Science in Aeronautics Degree in 2004 and later a Master of Business Administration Degree in 2013. Today, Michele is a Professor in the Department of Aeronautical Science and the Director of Diversity Initiatives for the College of Aviation at Embry-Riddle Aeronautical University at the Daytona Beach, FL campus. 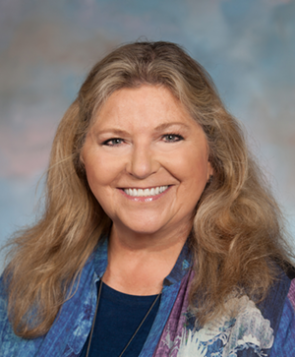 As the Dean of Career Technical Education and Economic Development at Cypress College, a public community college in North Orange County, California, Kathleen Reiland works to reduce the equity gaps in higher paying areas of technical education. She leads the college’s Perkins and Strong Workforce funding allocations to improve nontraditional rates of completion and persistence and to support student employment and and wage gains.

After retiring from the commercial airlines with 21 years of aviation management experience, and in conjunction with her studies to complete her doctorate at the University of Southern California, she has conducted research on mitigating the gender gap among pilots. She is vested in updating the narrative so more people can see themselves working in historically nontraditional areas of career technical education (and STEM).

Dr. Reiland serves as a voting member of the Los Angeles, Orange County Regional Consortium where she is the college lead for “Program Finder,” a regional project to help high school students, and their influencers, quickly access key information about high paying career options available at all of the Orange County community colleges. Relative to the “Doing What Matters” goals set by the California Community College Chancellor’s Office, Dr. Reiland has championed marketing efforts and career education websites at the regional, district, and local levels that in one year have increased fill-rates for career education programs by 8% across the campus.

Dr. Reiland also participates in a statewide “Program Mapper” project and the California Educational Systems & Intersegmental Pathways Task Force, working with colleagues from California Community College Chancellor’s Office, Bakersfield College, the CSU System Chancellor’s Office, Cal-PASS Plus, Concentric Sky, and the California College Guidance Initiative to avoid duplication and create intersegmental pathways with data sharing that will make it easier for students to enter and complete certificates and degrees in a shorter amounts of time. 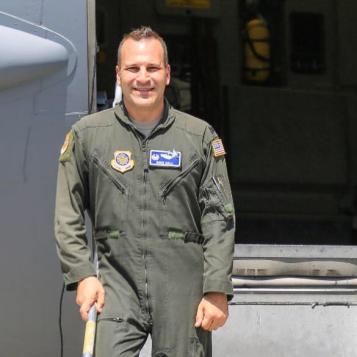 Doug Hall is a colonel in the United States Air Force and has had an extremely unique military career. He was commissioned in 1992 and has served as an intelligence officer, a Special Operations navigator, and a pilot. Becoming a pilot was his goal from the time he was a child and was able to achieve that dream after being in the Air Force for eight years. He was the commander of the 6th Airlift Squadron at Joint Base McGuire-Dix-Lakehurst, NJ and the 436th Operations Group at Dover AFB, DE where he led operational C-5 and C-17 crews in Air Mobility Command’s worldwide airlift operations. In addition to his extensive operations and staff experiences, he is also a leader in the LGBTQ community. He has spoken to several audiences about his experiences during the Don’t Ask, Don’t Tell era as well as the transition after the repeal of Don’t Ask, Don’t Tell which allowed LGBTQ service members to serve openly. Doug and his husband Rob live in Springfield, VA and they are currently planning for their next career chapter after Doug retires from active duty in September. 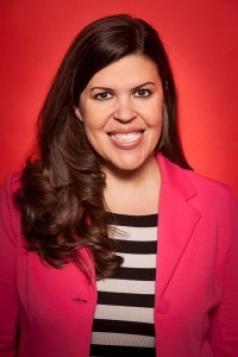 Nicole K. Nieto is Assistant Vice Provost for Outreach and Engagement in the Office of Academic Affairs at The Ohio State University. Nieto is also an Instructor in the Department of Women’s, Gender and Sexuality Studies and a Faculty Mentor for STEP (Second-Year Transformational Experience Program).

Nieto has 18 years of higher education experience with a focus on equity, inclusion and dialogue. She has experience facilitating diversity and inclusion workshops for a variety of audiences including local governments, higher education and the private sector. In her current role she works to promote bi-directional partnerships with the university and community. She examines networks of engagement at the university and supports the growth of these networks.

She has previously held roles at OSU including Program Director in the Office of Research, Learning and Development Facilitator for the Office of Human Resources and Program Manager at the OSU Multicultural Center.

Dr. Elizabeth K. Newton was named the director of Battelle Center full-time in February 2017 and re-launched it to focus on developing students and innovating in science and engineering en- terprises that have significant public policy considerations. She brings tothe position years of expe- rience developing and guiding strategy and doing business development and planning, strategic analysis and communication, partnership development, process design, and systems-thinking. Thanks to her work in high-tech industries like aerospace, defense, genomics, and software, she is adept at navigating the distinctive cultures of the for-profit and non-profit sectors, academia, and government. 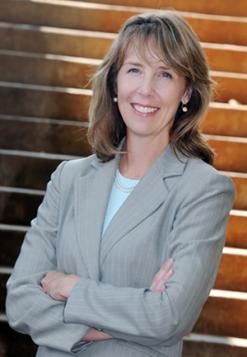 Dr. Newton is a physicist with degrees in government. She earned her bachelor’s degree in gov- ernment from Cornell University as a Phi Beta Kappa, Cornell National Scholar, and Maryland Distinguished Scholar. She earned a certificate in international relations from l’lnstitut de Hautes Etudes Internationales, in Geneva, Switzerland and interned at the United Nations Economic Commission for Europe. 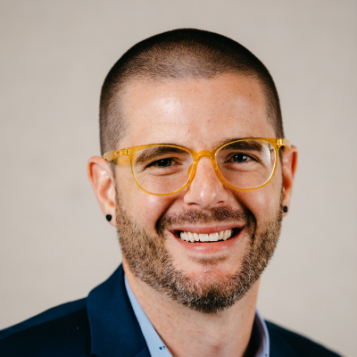 Daniel loves traveling, meeting new people, and working to build bridges of understanding and empathy across challenging "divides." He deeply believes that all people matter, and he's spent much of his life working in roles that have allowed him to develop thinking around the nature of education and learning, relationship-building, and professional growth.

He owns and runs his own speaking and consulting business, and works with conference planners, learning and development leaders, school districts, nonprofit boards, and corporate entities - all in a pursuit to help them grow their leadership impact and make the spaces they influence more inclusive.

Most recently, as the Director for the Ohio and Indiana Diversity Councils, Daniel took a fledgling organization and grew its corporate membership ranks by almost 2,000% in 2 years. Within the OHDC Daniel worked to create opportunities for employee engagement, professional development, education, and advocacy around all facets of diversity, inclusion and equity.

Daniel graduated with a Bachelors of English and a Master’s of Education from The Ohio State University. 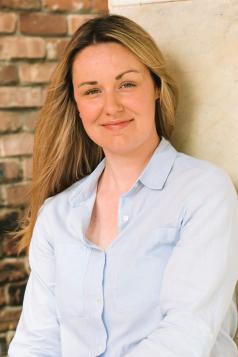 Amanda Aschaber is the Manager, Curriculum and Aviation Special Projects, School of Aviation at Seneca College in Toronto and Peterborough Ontario, Canada. Ms. Aschaber’s responsibilities include faculty engagement with teaching and learning strategies, program assessment measures, and new program development.  Her Post-Secondary course delivery has included Diversity and Teaching and Learning, and Inclusive Curriculum Development.  Amanda’s research interests encompass, Unconscious Bias in Program Development, and Diversity and Inclusion in College Policies, which is at the core of all the new program development projects she leads.  Amanda Aschaber co-chairs the Aviation Accreditation Board International (AABI) Diversity and Inclusion Committee, through which she collaborates with Aviation Schools on an international level to support inclusive practices within the classroom and at a college policy level.

Asking the tough questions about unconscious bias is what drives an inclusive learning environment, come learn about the honest questions that may shape your aviation teaching and learning strategies. 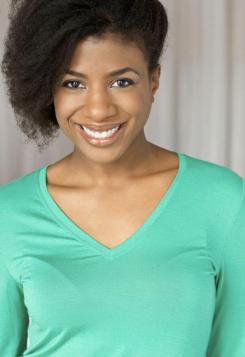 Storm Woods is a Diversity and Inclusion Specialist at L Brands. After receiving an undergraduate degree in Theatre from the Ohio State University, she earned a master’s degree in Human Resource Management focusing on the role of Diversity and Inclusion in the implementation of HR functions. Storm has made her career in the retail industry in both field leadership and home office positions developing and delivering training programs, providing oversight to employee resource groups, and managing special projects.

From Waterford, Michigan, Storm relocated to Columbus after accepting a position as a performer with local theatre company, Shadowbox Live. Prior to joining L Brands, she held a position in Talent Development with Big Lots and was a celebrated leader in specialty retail management and training with Teavana, a subsidiary of Starbucks.

Storm lives in Columbus with her husband, Anthony McCoy. In her free time, she enjoys performing and teaching aerial silks and volunteering her time to local philanthropic organizations.

For a list of the speakers from the 2018 1st annual Conference on Diversity in Aviation please click here.