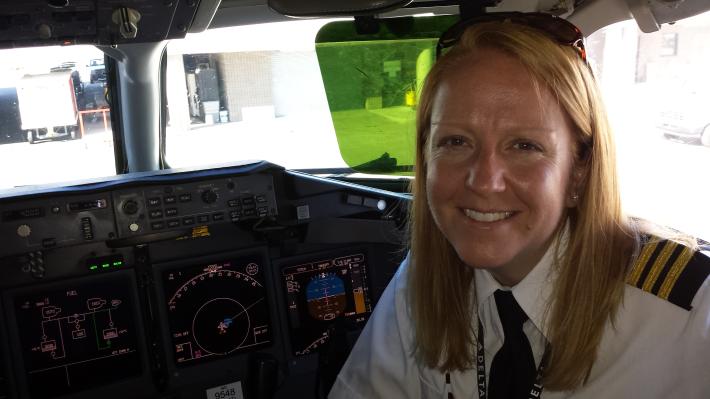 “I’m an Airline Transport Pilot who’s been out of school for almost a decade, and I still use what I learned at Ohio State. Sometimes I find myself thinking, ‘Oh, yeah, I remember learning about this in weather class!'”

Emily Coaker’s success as a pilot is her aviation dream come true. For Emily, Ohio State was the perfect place to prepare for her aviation career. She considered six other schools but decided on Fisher College of Business because she loved the combination of a prestigious business degree and flight education. Emily’s goal was always to become a pilot, but she knows her Fisher degree will help her in any career.  She was delighted by the number of diverse aviation organizations available to students.  As a woman studying to enter a male-dominated field, Emily says, it was great to have successful women role models and peers who introduced her to organizations such as Women in Aviation and The OSU Flight Team.  She credits both organizations, along with training received through the University program, to her successes today. 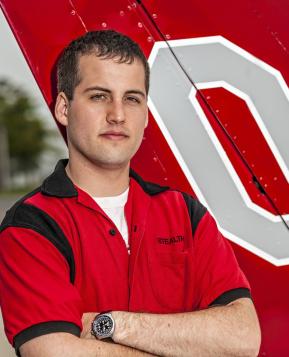 “The Bridge Program means I can count on an interview with PSA Airlines once I complete my required flight hours. It’s a great feeling to have that connection as a new graduate.”

Alex, former co-captain and coach of The Ohio State University Flight Team, is confident in his career path, thanks to the Center for Aviation Studies’ Bridge Program. The program offers preferential interviews with PSA Airlines to program participants. Ohio State, Alex says, has prepared him to succeed
in the aviation industry through hands-on training, rigorous engineering coursework, the leadership experience he’s gained on the flight team, and an internship with a Columbus company’s flight department. These skills and experience make Alex, who is earning flight hours and valuable experience as an aerial photographer, the kind of candidate airlines are looking for. 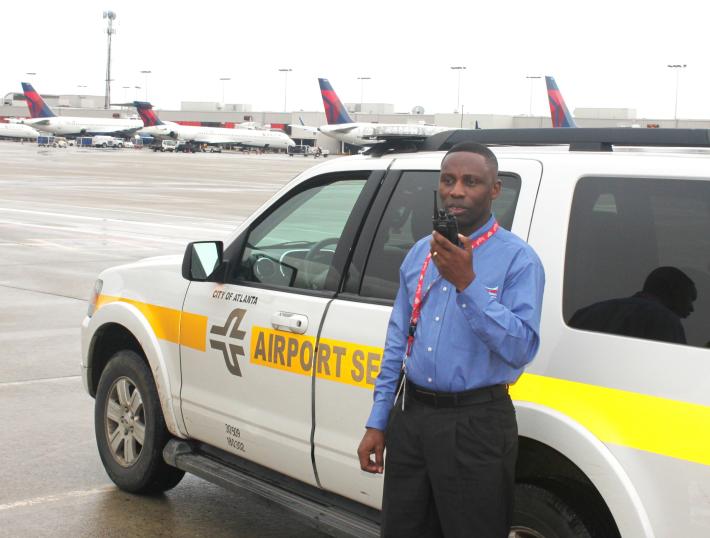 “I loved the way the Ohio State aviation program promoted networking with other professionals in the industry.”

Emmanuel Gyan began his aviation career working as an aviation security officer while he was living in Ghana. In search of higher education, he and his family moved to the United States in 2007, so that he could attend The Ohio State University. What he remembers most from the time he spent at Ohio State is all of the good advice he received from faculty, staff, alumni and other students in the program. After networking with professionals during the Aviation Career Industry Night and taking the AAAE Airport Certified Employee (ACE) Exam, he earned the opportunity to advance his career in aviation by working at the world’s busiest airport, the Hartsfield Jackson Atlanta International Airport. Today he works in the security department at Hartsfield, where he helps to ensure the safety of millions of travelers each year.