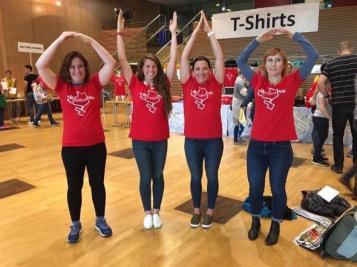 My husband and I were bit by the travel bug a long time ago. We average two countries a year and multiple states. There are many reasons why we choose the places we want to visit, sometimes it’s for running in a race, or simply because we had always wanted to go there. We had thought about Germany briefly because of the Christkindlesmarkt in Nuremberg, but to say that Germany was anywhere near the top of our list would be a lie. 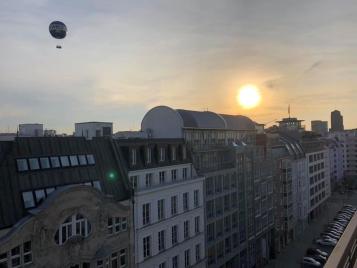 So, when I had the chance to apply for the Greater Columbus Sisters Cities International, Marathon exchange program with Dresden, I was admittedly a bit reluctant. I sat on the fence for about a week before submitting my application. For some reason, it is always in those moments that life finds a way to engage us, because, of course, I was selected to represent Columbus as an ambassador at the Dresden Marathon.

When you suffer from depression and anxiety you always have a little bit of mixed emotions before taking on a big life experience. At their best, these experiences can be overwhelming and at their worst, totally destructive. But, I’ve never been one to shy away from a challenge, at whatever cost. I’ve typically found that when I put myself out there, the returns are greater than anything I might have paid emotionally. 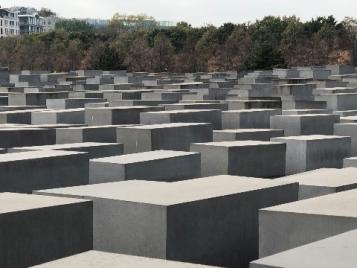 Berlin: Since, I would be going as part of the ambassador program, my husband and I wanted to see if there would be a way to take more time there and see at least a couple of cities on our travels. My supervisor was able to connect me with a good friend of his, Udo Michallik. We met Udo for coffee upon our arrival in Berlin. Udo is the Secretary General of the Standing Conference of Ministers of Education and Cultural Affairs. My educational background is foregrounded in education. It is something which remains a passion of mine. Out of all of the things that Udo and I talked about, what really stood out to me is that our concerns and our troubles aren’t so very different. Questions over the value of an education, its role in society, how we value our teachers, and technical education were something that Udo and I agreed very much on. I was also keen to inquire about the collegiate system, which in Germany is free. As a popular discussion point in American politics, I wondered his take on free college education system. What I learned from Udo was that as a policy, this could be particularly challenging to implement. Just as we face a problem in the United States with an underfunded public K-12 system, Germany faces similar challenges with their university system. In the United States, and in Ohio in particular, our funding model for public schools has been deemed unconstitutional, and yet, we haven’t found a means of fixing it. On this point, Udo and I were in agreement: from a policy perspective, there were important challenges to overcome before simply making college free. 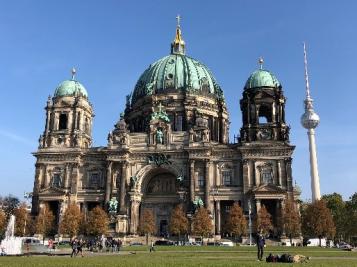 Beyond networking, my husband and I enjoyed the typical sites and sounds of Berlin. We saw the Memorial to the Murdered Jews of Europe and the Reichstag. We also went to several museums where we got to see some amazing collections of ancient artifacts, including the Bust of Nefertiti. Everything you have heard about German beer is probably true (it‘s tasty) and you can’t go to Berlin without trying currywurst, which is honestly a lot like a hot dog with ketchup, except they put curry powder in the ketchup and its way better than any hot dog! 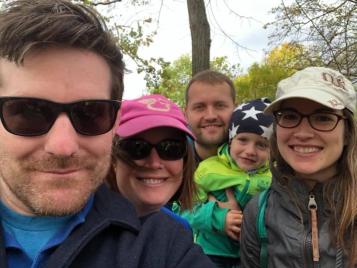 Dresden: The second half of our travels took us to Dresden, which we took the train to get to. This is something that I would highly recommend to anyone traveling around Europe. Although not always the most inexpensive option, it can be extremely scenic and environmentally friendly to take the train.

During our stay in Dresden, we were hosted by a local family, Nancy, Ronny, and their son Anton. Staying with them for several days was way better than any hotel. Their kindness in opening their home to us was much appreciated and I am sure I cannot express enough gratitude to them. Part of the reasons we had a host family was because the Sisters Cities Exchange wanted us to be able to learn what it was like to live in Dresden, from people who lived in the community. It was a cultural exchange in every sense of the word. The Sister Cities Program arranged for us to enjoy several tours, including a river boat tour and a city tour. It was amazing to hear all about the strength of the city in rebuilding and the emphasis on peace after the bombing of World War II. Of all the different facts I learned, it was the rebuilding of Dresden Frauenkirche (Church of Our Lady) that was the most fascinating. Over 8,000 of the original stones were salvaged and used in the new church. The new cross at the top of the church was commissioned by a goldsmith in London, whose father was an airmen and had been a part of the bombings. Our tour guide expressed that this signified peace and unification that he would help in its reconstruction. 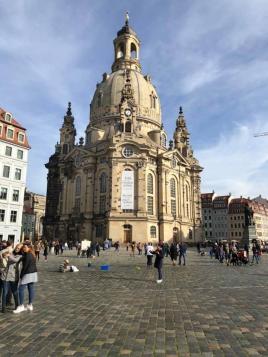 In addition to the tours, I was connected with Hendrikje (Henrietta) Wehnert who works for the Leibniz Institute of Ecological Urban and Regional Development. Their organization focuses on the scientific foundations for the environmentally sustainable development of cities and regions. One of their primary goals is through “knowledge transfer,” where their findings are shared in society and other political actors. Henrietta stressed the importance of considerations for climate change when it comes to the development of cities. It was fascinating to learn about the work of the institute and how that information is shared with the public. As an organization it was evident that they were trying to use science and technology to make a real impact on cities and regions.

On my last day in Dresden, I took part in the Dresden Half Marathon. As a runner, the race is often the culminating experience of many weeks of training; yet this time the run wouldn’t even really make the highlights reel. It was beautiful to see the city on foot; I am grateful I had the chance to take part in doing something that I loved. This was also my third race on another continent, but at the end of the day, the race is not the story I would tell about my trip to Germany. 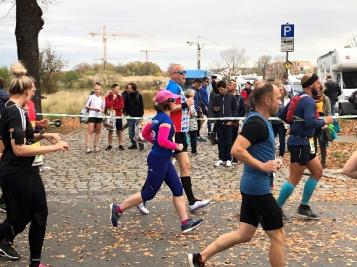 What made me love Germany was the people. It was learning the word cat (katze) in German from my host family. Or hearing about the efforts to continually improve education across the country, or the recovery efforts of a city that was nothing more than rubbles. It was the trip of a lifetime where I got to learn about a new way of life and people. It reminded me of how truly small the world really is, and how important efforts, like the Sisters Cities Exchange Program really are. I would go back in a heartbeat. 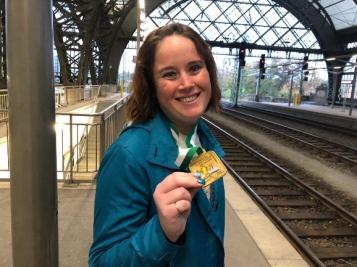 I would be remiss if I did not thank a few people. My colleagues in the College of Engineering at The Ohio State University for their support and connections. To Darris Blackford, The Columbus Marathon, Dorit Fratzscher, the Dresden Marathon and Sister Cities Exchange for selecting me as an ambassador. Our amazing host family, Nancy, Ronny, and Anton. And to my travel companion. 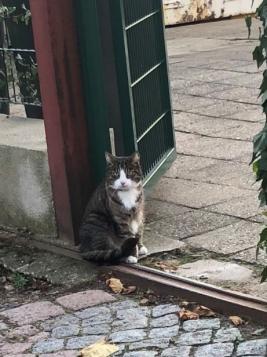