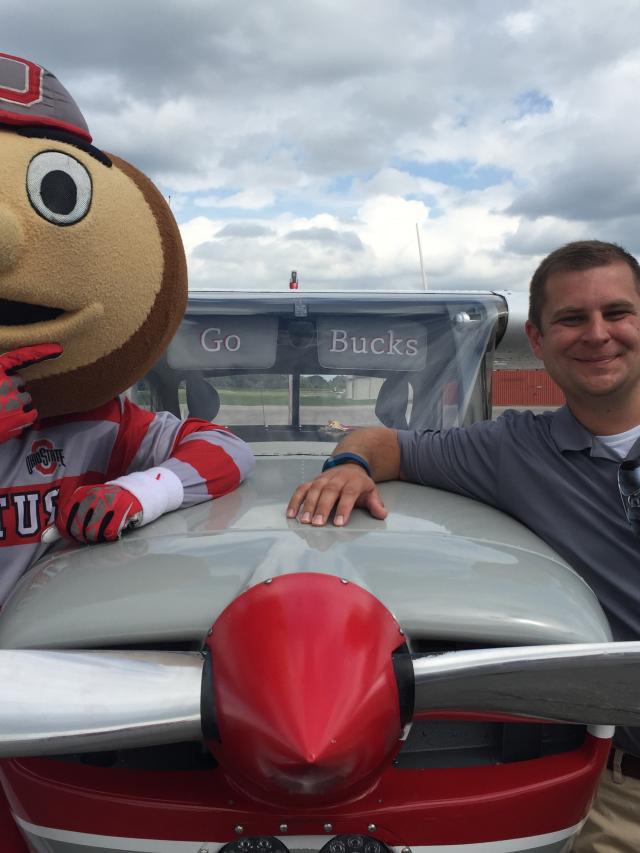 After working for Ohio State in another capacity for two years, Brian returned to the aviation program in 2008 in order to flight instruct.  The challenges and rewards that came from the opportunity to teach for an academic program quickly secured Brian’s future in aviation. During this time, Brian earned his CFII and multi-engine rating.  In 2010, Brian became the Aircraft Dispatch Supervisor for the flight education program, and underwent training to earn an FAA Dispatcher certificate.  The responsibilities in this role ranged from scheduling and prioritizing the students and aircraft, to ensuring all of the aircraft were current on their maintenance programs.

After working at the Ohio State Airport for almost 5 years, Brian moved to main campus in order to work as the Assistant to the Director of the Center for Aviation Studies.  In this position, Brian served in an administrative role to help the Center's Director continue to grow the program. In 2018 Brian was promoted to Assistant Director which allows him to have more oversight of all areas of the Center for Aviation Studies including; academics, research, outreach and recruitment, and business operations.

Brian graduated from Ohio State's John Glenn College of Public Affairs pursuing with an MA in Public Policy and Management.  This degree allows him to focus on aviation related government policies as well as take a more active role in teaching courses.  Brian primarily remains active by giving flight instruction to the other instructors at the flight school as they work toward their Instrument Instructor ratings, as well as flying in conjunction with various research projects for the Center.

Starting fall semester 2018 Brian will serve as the Chief Instructor for the newly established Aircraft Dispatch course sequence at Ohio State. Brian will teach the first of the two required courses, and ensure that all students meet the training requirements of the program.

Brian is a receipient of the 2020 Distinguished Staff Award at The Ohio State University. This is the highest award given to a staff member at the university, and is awarded annually to 13 individuals.