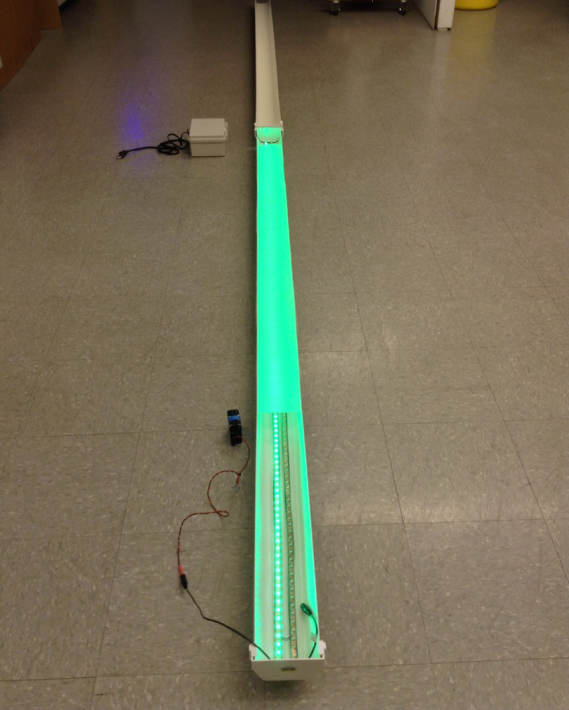 Due to their energy efficiency and life-cycle cost savings, light emitting diodes (LED) lighting has become a popular option for lighting at airports. However, pilots have expressed concerns over the lighting output of LED lights versus traditional incandescent lighting. Therefore, research is needed to evaluate the effect of LED lighting on pilots and the potential to reduce the lighting output of LED lights to provide adequate lighting without overwhelming pilots. There is existing guidance from the Federal Aviation Administration (FAA) on taxiway lighting, but not on runway/landing lights.

The University of North Dakota as well as Rensselaer Polytechnic Institute (RPI) has worked with the FAA in developing latest technology LED systems and implementing a portion of LED technologies to the airport environment.  This project will continue this research, with a focus on linear LED designs (as opposed to point sources).  It is hypothesized that linear sources may provide enhanced information for pilots to identify runway and taxiway edges, centerlines, as well as exit and entrance points. In addition, enhanced power technologies may prove to provide equal if not greater luminescence for lower power costs. 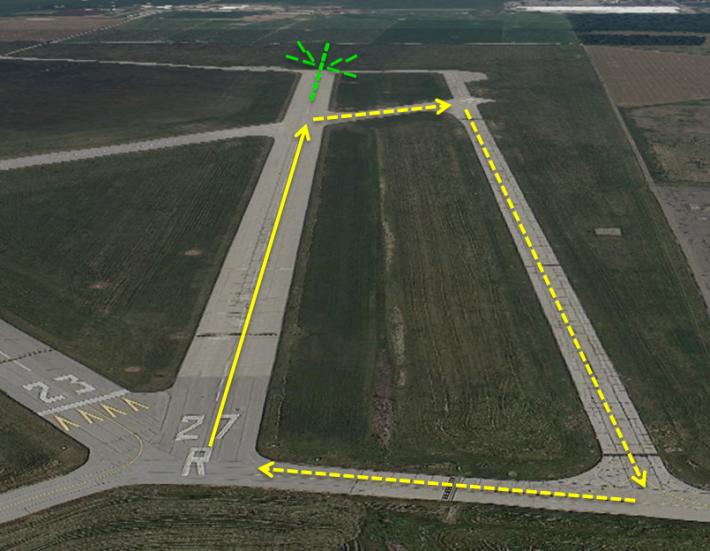 The goal of this PEGASAS project is to seek innovative applications of LED lighting systems on general aviation airports to improve situational awareness and reduce risks of runway/taxiway incursions.

We have finished testing for the season and thus far the experiment has gone very well. We have had over 40 subject to date which is the initially targeted number. Currently we are analyzing the initial results and have discussed numerous interesting findings & trends. The FAA has informed us on several occasions that they are very impressed and pleased with how well the test are going and our performance. Great job everyone! This is a real credit to all of you that have helped while enduring the long cold evenings setting-up and tearing down this on airport experiment. Great work! We could not have done this without you!

The initial at the data suggests that we should specifically target some noticed trends with distance recognized and light length. We will now, at the FAA’s request, focus on small sections of the design in an attempt to drill down and answer some more research questions. The details of this next phase are still being designed. In a few months after the weather improves, expect to hear about more LED on airport testing.

We are well underway and preparing to run this experiment in the spring. All LED hardware has been built and delivered to Ohio State. The last several months has seen numerous airfield lighting test runs on the North ramp to ensure that all of the lights, control boxes and software programs are functioning properly. After some minor troubleshooting, we are happy to report that the LED airfield lighting system that will be used in this experiment is fully functional. In two weeks, on Tuesday the 24th, your OSU aviation research team will be performing a full-scale LED experiment set up on the North ramp with faculties from Ohio State, Purdue and the FAA.

The following step before running participants through the experiment is to finish the IRB paperwork and approval process and wait for better weather to keep the lighting assemblies out of the snow, mud and rain. The LED student research team met last week and have already begun working on the bits and pieces required to keep the project moving.

The project has been awarded and we are well underway. The LED devices are currently being built at a company in New York (Figure 1). We have already begun to survey the runway and taxiway environment that will be used to conduct the study in late October early November. Figure 2 below shows roughly where the lights will be placed and the taxi and observation route (yellow lines) for the participants. Soon we will be traveling to the FAA William Hughes Technical Center in Atlantic City to pick-up an extensive amount of equipment and then on to where the LEDs are being built. Here we will learn alongside FAA technical researchers as to how all of the equipment will be assembled once on the airfield, then to drive everything back to KOSU!

In a few weeks we will be out on the airport surface to map-out the exact location of the devices. This will enable researchers a chance to discover any potential issues with LED deployment when the data collection begins. We will be using two of the structures already sent to KOSU for testing.

At this time, there has been no change in the status of this project. We are still waiting to hear from the FAA about the award and possible start date.

This project is still being proposed to the PEGASAS group. The OSU airport has been examined and a few other schools have also shown interest in participation. As of this month, the project has not been awarded.