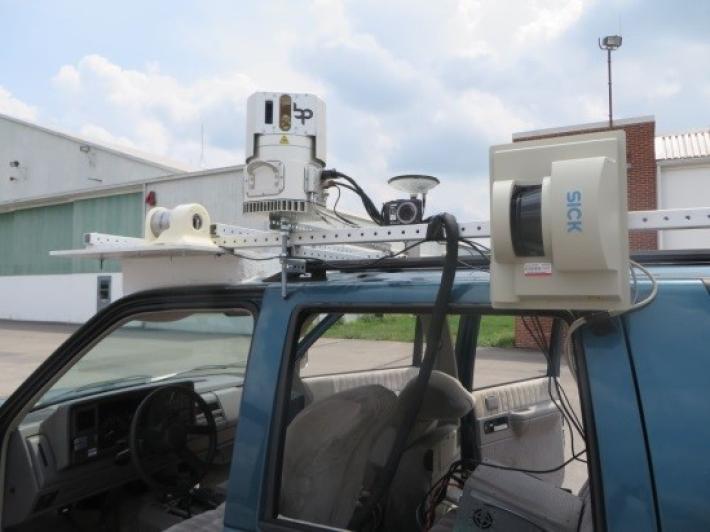 Purpose:  To estimate the positions of aircraft relative to runway centerline along the course of aircraft departure and arrival profiles, so as to determine the amount of safety area may be required for specifications such as total pavement width, taxi lane separation, and safety area width to ensure against wingtip conflicts and base landing gear deviations from pavement, for relatively large aircraft on relatively small taxiways and runways.

Background:  The estimation of deviations from runway and taxiway centerlines of moving aircraft was studied with some significance for the entry of new large aircraft, such as the Airbus A-380 and Boeing 787-800 into the commercial airport environment.  Such aircraft, often categorized as Group VI aircraft (aircraft with wingspans greater than 217’ wingspans), were studied for the possibility of their use on runways and taxiways originally designed for smaller (group V) aircraft.  To date, the entirety of such deviation studies have been limited to New Large Commercial aircraft.

However, as general aviation aircraft evolve, from the proliferation of larger piston aircraft to the introduction of personal jet aircraft (such as the Embraer Phenom 100 and Cirrus Jet), there may be a desire to allow these aircraft to utilize runways and taxiways of narrower width, which exist at many smaller general aviation airports.  In addition, for an existing fleet using the latest avionics technologies, the accuracy of landings, particularly in inclement weather, may be improving with respect to proximity to centerline on landing.  If such is the case, there may be some justification to consider reductions in required spacing between taxi lanes or distances from runway center line to pavement edges.  In other instances, however, there may be situations where aircraft unintentionally deviate from centerline due to adverse wind conditions, for example, or situations where aircraft intentionally deviate from centerline on arrival, for example, to make quick turns to an exit taxiway.  In any case, a more complete understanding of how and when aircraft deviate from centerlines is of great interest.

There have been numerous sessions out on the airport surface to continue calibrating and experimenting with various types of sensors. Since that time sensitive specificity has been determined in two weeks ago we were at once again on the airfield taxiing aircraft and close proximity to sensors during several taxiing maneuvers (i.e. straight, curved, decelerating, accelerating). This has given Dr.  Toth and this team a chance to finish sensor calibration and now make an informed decision on the purchase of hardware selection. A large team meeting scheduled in the next few weeks, including FAA, to discuss the findings may calibration and move forward with the purchase of hardware and experimental design.

The project is well underway and we have been out to the airport several times driving around aircraft and monitoring aircraft that are landing and taxiing by. These first steps are required as the distancing lasers that will be used must first be selected and calibrated. Project lead, Dr. Toth and his team are almost finished with their analysis and will be purchasing equipment soon. Figure 1 below shows the team’s truck outfitted with numerous sensors as the testing and mapping was underway. Study design and equipment problems continued to be solved on a continual basis. Exact date for testing to begin has not been determined but expected to occur during fourth quarter of 2014.

At this time, there has been no change in the status of the project. We are still waiting to hear from the FAA about the award and possible start date.

This project is still being crafted between several departments here at OSU and will be submitted soon for approval. Feasibility of some study technologies is still being evaluated.