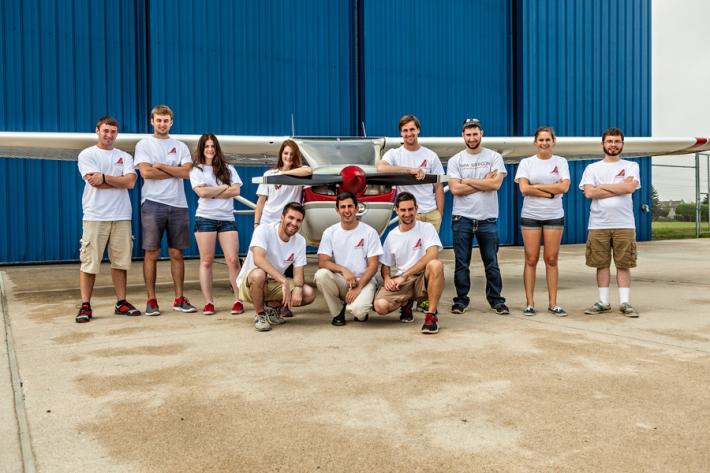 The Ohio State Flight Team is a student competition team made up of some of the best collegiate aviators here at Ohio State. As a member of the flight team, students are able to sharpen their aviation skills and develop relationships with their peers and members of the aviation industry.

The team competes in The National Intercollegiate Flying Association (NIFA) which hosts Regional and National Safety and Flight Evaluation Conferences (SAFECON). In SAFECON, flight teams compete in a number of ground and flight events honing the skills and knowledge of the next generation of aviation professionals. At the Regional level, Ohio State competes with five schools. The top three schools from each region around the country receive an invitation to the National SAFECON where approximately thirty to thirty-five schools from around the country compete. Normally, a National SAFECON includes more than 500 people between competitors, coaches, volunteers, and judges.

Ohio State is consistently a top-five placing school in the nation, competing with greats such as Embry-Riddle, University of North Dakota, and Western Michigan University. Ohio State is often the host of the national SAFECON, however, when hosted elsewhere, the team gets the opportunity to travel!